A room is bisected by a wall that has two windows cut out within. TV monitors are situated on either side of this dividing wall, facing opposing gallery walls. On one side, The Wizard of Oz plays on the monitor. On the other side, It's A Wonderful Life plays on the other monitor. Both television monitors cast flickering halos of colored light onto the gallery walls.

A bench is situated on opposite corners of the room, facing the thresholds cut out within the wall. Through the thresholds, viewers can sit and "watch" the reflecting light's movement directly across from them, but cannot access the image source. They may also watch viewers on the opposite side who can see the image you cannot access, and watch them viewing the monitor on the other side. Both compliment each others reading of the experience (from the bench, the light projected on the wall; from the opposite side, the television monitor casting the glow.) At the same time, while sitting on the bench, the role for the viewer on the bench is reversed, as they can access the image on the monitor facing them on their left, and watch that film from where they are situated.

Viewers on the other side of the wall can watch either the changing light on the gallery walls or the viewer on the bench watching the film on the monitor they cannot access. In fracturing the viewing experience, relationships are built and new ways of seeing emerge. Sound, image, light, color, and the viewer's experience and movement within the space are highlighted to isolate the importance of all these things in the collective viewing experience. Films were chosen for their familiarity and the basic subject matter of a circuitous journey to return to what we know, thus echoing the viewer's movement within the space.

Although a wall separates the two spaces, a direct relationship between both areas of the gallery is created. At times, the two windows of light reveal movement and transitions between shadow, color, and light. Other times, the two windows of light flatten completely, playing with ones perception of the depth of space (or lack thereof), suggesting to the viewer they may be mirrors or projections of light onto flat walls. 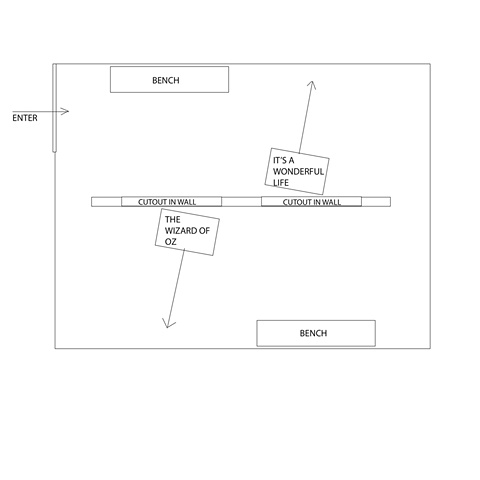 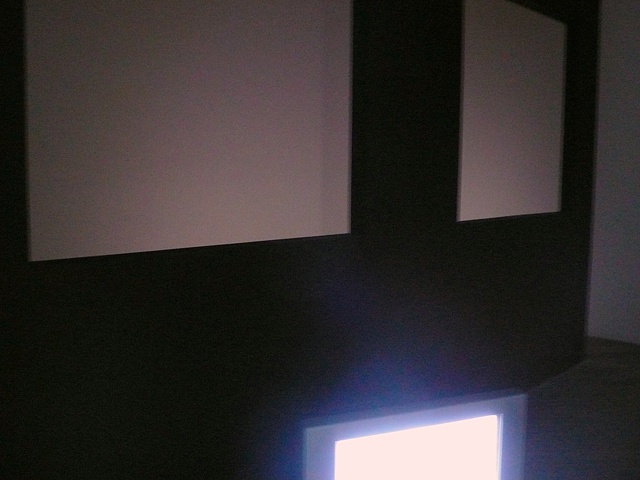 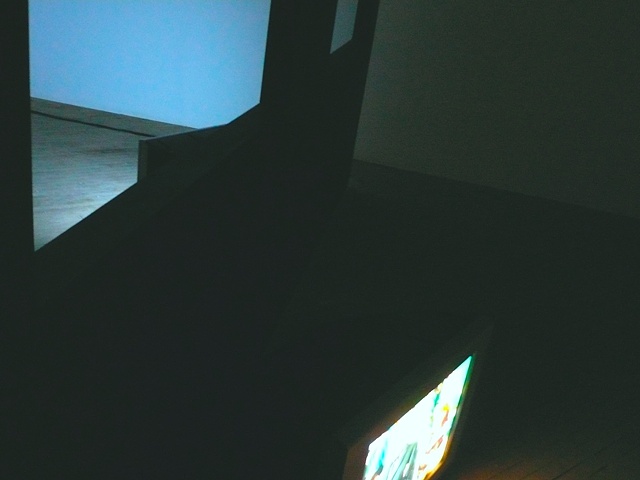 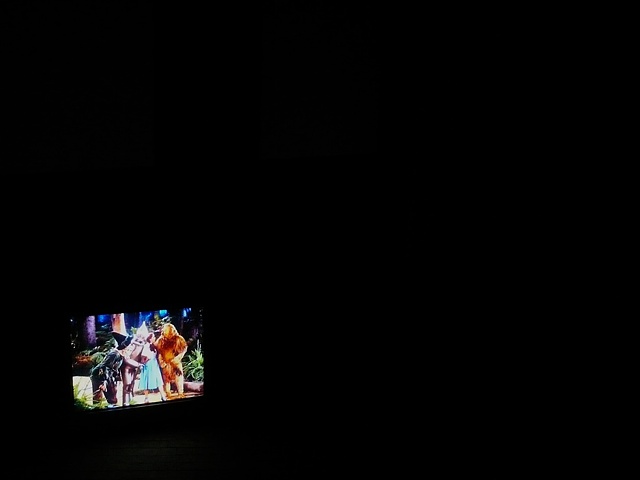 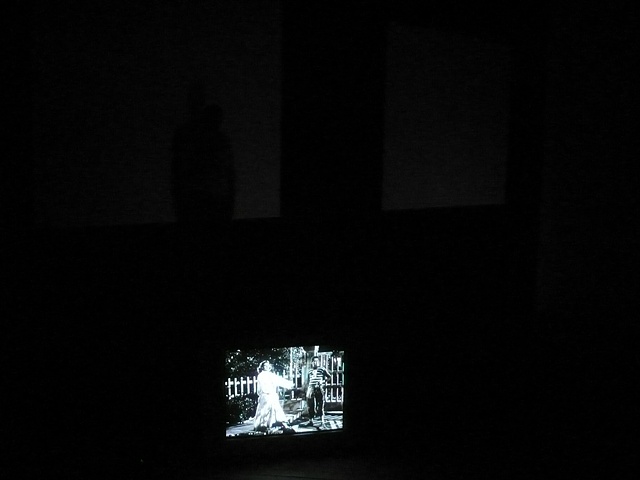 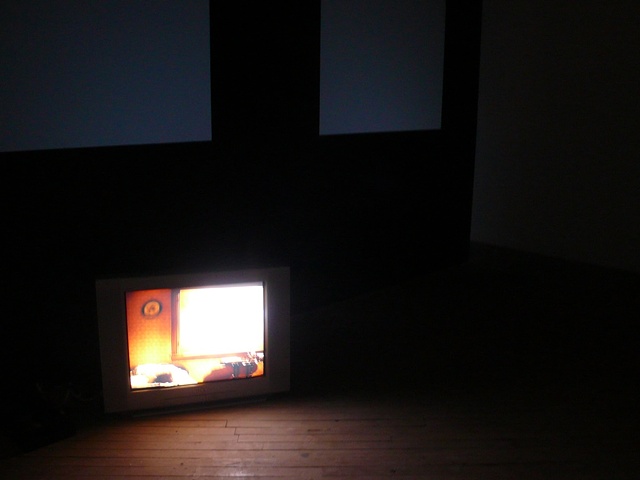 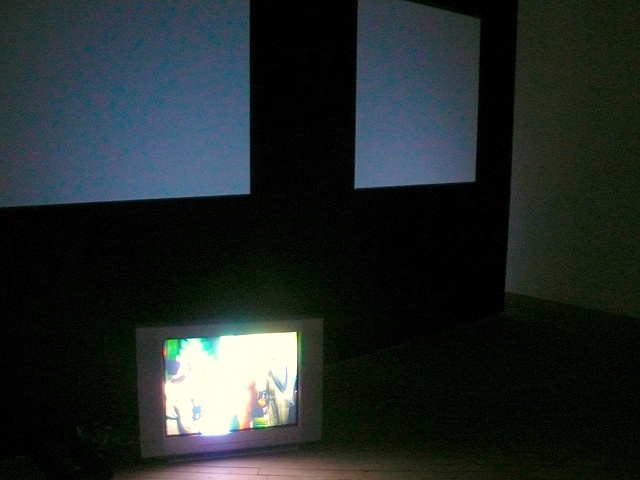 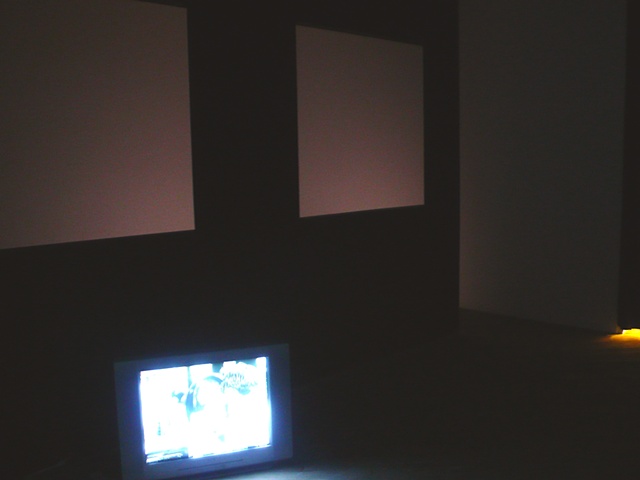 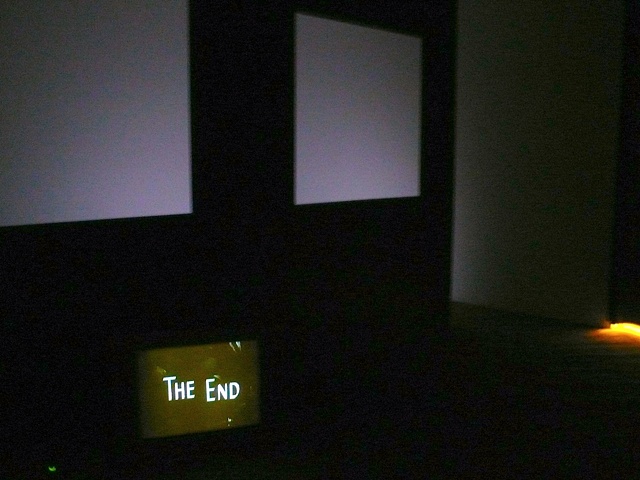